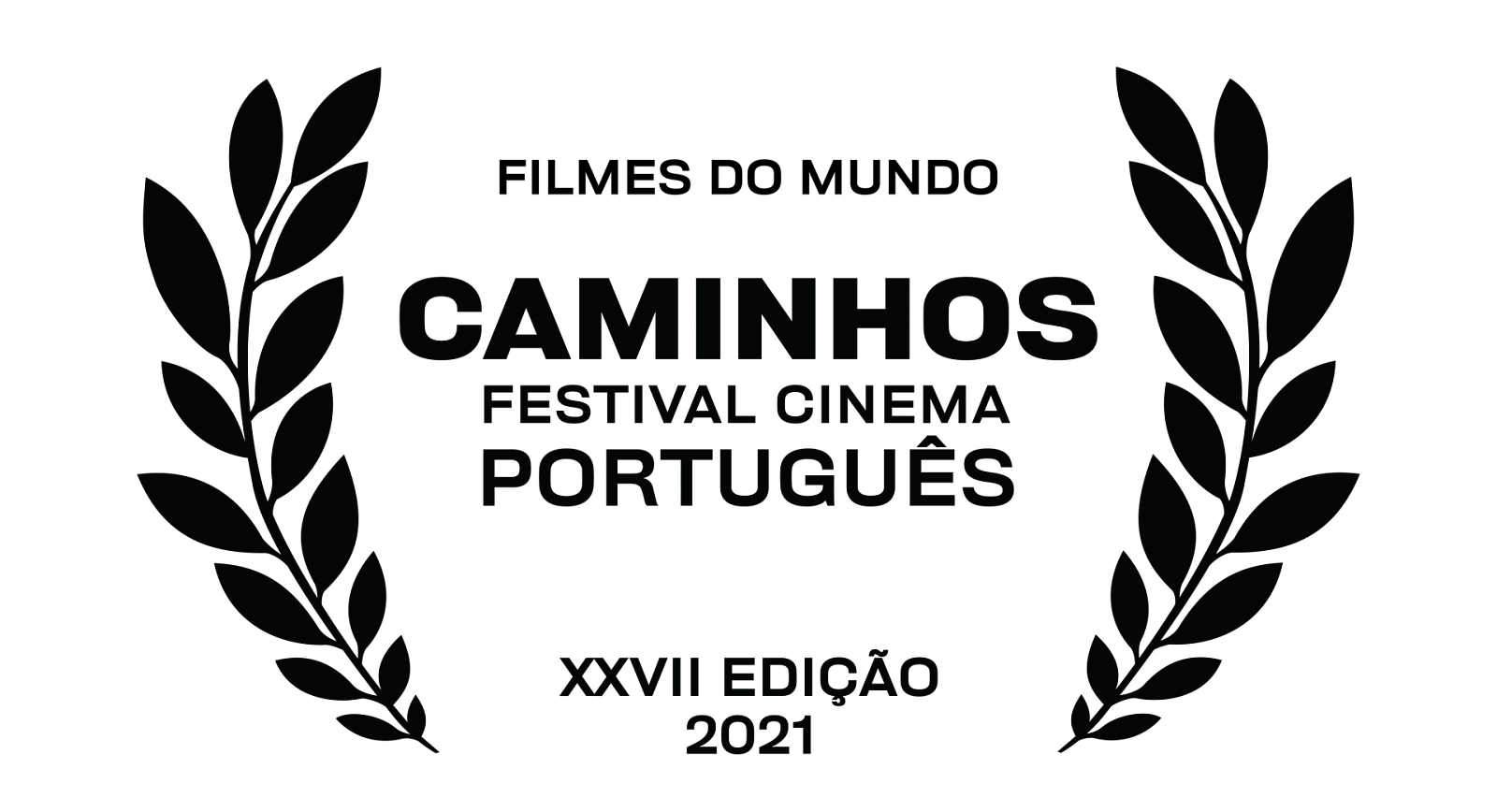 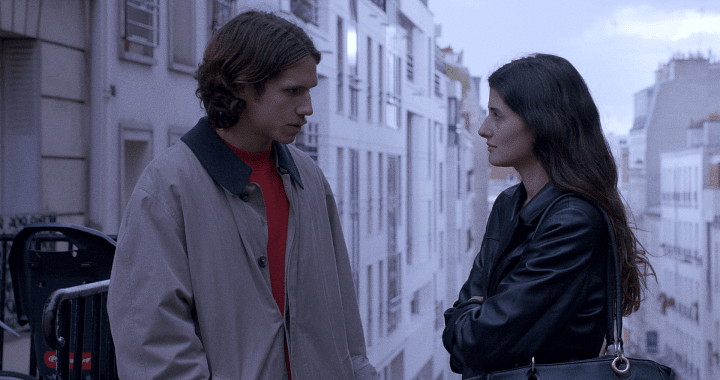 Antoine – grieving loner – spends his days in a café on Place Clichy watching people. Every day, he sees a woman he calls Albertine get out of the subway and go to the movies. Today, he takes it upon himself to talk to her. Thus began Antoine’s down-going. 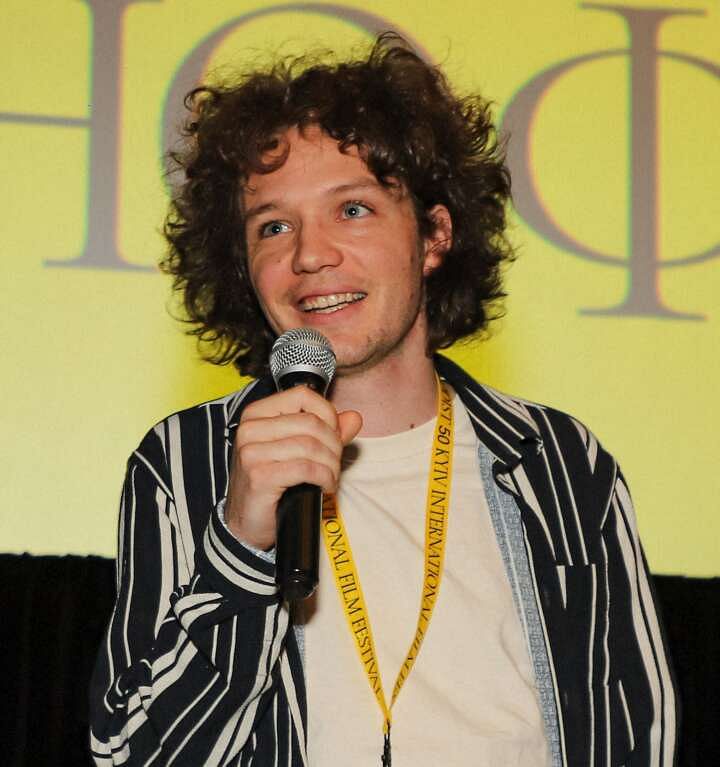 Mensagem do Realizador Director Statement
1. Antoine, the weeping romantic It all starts with this character that one may find irritating at first sight: Antoine. This misanthropic dandy who can’t stand anything or anyone. A story of a “naughty little depressive cynic”. Why is that? He still can’t stand himself and seeing other humans (who fascinate him) accept themselves seems absurd to him. How can they do it? Antoine likes to be among them, he likes to listen to them, he likes to observe them, he likes to know what drives them, he likes to guess their life outside this common time. From the outset, the voice-over is essential. In the same way that Antoine would like to get into people’s heads, I allow the spectator to put his head inside, to listen to him think. Who wouldn’t dream of listening to their metro neighbour think? 2. Of Antoine’s rescue by Jeanne How to save a man from perdition? Give him love. But how to stage this wandering of Antoine broken by this meeting with Jeanne? In his first wanderings, Antoine is staged in his element, in the middle of people. We follow his gaze, we listen to his observations, his thoughts. This omnipresent voice-over tells us who he is, what he thinks, it makes his almost mechanical thoughts laughable. The meeting with Jeanne should make him change, it opens up new possibilities for him. It is the idea of the young Marcel Proust who sees Gilberte Swann for the first time, it is the beginning of life, the first so-called amorous feelings without necessarily being able to name them. 3. The café: a place of exchange, a place of symbols When Jeanne arrives, Antoine’s field of reflection is upset, and so is our field of vision. If I had to put some staging words on this upheaval, I would say that I had a strong desire to film this long discussion in the café in sequence shot, simply from the front (I could quote Hong Sang-soo’s entire filmography). The other humans that usually interest Antoine are no longer in the film, Antoine no longer sees them, he doesn’t even know they exist. The further the film advances, the more intimate the conversation becomes and the closer the camera gets to the characters. Only Jeanne is of interest to his eyes and ears. Her voice-over no longer speaks. He is himself for the first time. Even the editing does not interrupt this suspended moment. Everything follows on from each other. Why coffee? What do you say to a friend you haven’t seen for a long time? “Shall we go for a coffee?”. How many discussions have been overheard over coffee? How many couples have made or broken up over coffee? It is the place for all the exchanges, all the possible exchanges. It is also (above all?) the place of so many cinematic memories (I am thinking mainly of The Mummy and the Whore). 4. Discussing everything, discussing nothing What are they talking about? Themes that I cherish and that obsess me: cinema, of course, but also creation – or its impossibility – loneliness, art and its posterity, desire, romanticism, fantasy, anxiety, sadness, joy. As Jeanne can say: I’d like to write something beautiful, remarkable, noticed, something that manages to express everything I can think about others, about life, all that, you see. A rather total film that brings together everything I brood about all day long in my little head. These themes are essentially dealt with in the voice-over and in the dialogues with Jeanne, but the direction will obviously be essential to sometimes give the counterpoint to what is said, which may seem serious, heavy, pompous. I am thinking of the scene with Jeanne where Antoine will have language and gestural tics. I almost sometimes want us to forget to listen to him and to see him simply left to himself in what he has feared for so many years, I want us to see two strangers talking to each other in a café, I want us to see their imperfections, their faults, their manners. The use of common references (Dostoyevsky) reinforces their belonging to the same social group: people who think that culture is primordial. They understand each other, their exchange can continue. 5. One minute of bliss was not enough. Antoine screwed it all up. Or didn’t he? At least that’s what he thinks. Jeanne has taken fright, he’s convinced of it. His first thought is a bolt from the blue from his ego: it doesn’t matter, she wasn’t well, he’ll be better off alone, in his solitude he’ll find his happiness. His thoughts quickly follow one another without any logical sequence: the editing will follow. He will eat his ice cream alone on steps in winter, he is pathetic seen from outside. Quickly he finds himself at home, he suffers his longed-for solitude. He wants to see her again. We are at his house, after hearing what was going on in his body.

After a Master 2 in Film Law, Paul Rigoux, from Bordeaux, joins la Fémis in Paris for the Distribution course. He signed with Thus Began Antoine’s Down-Going his first short film. 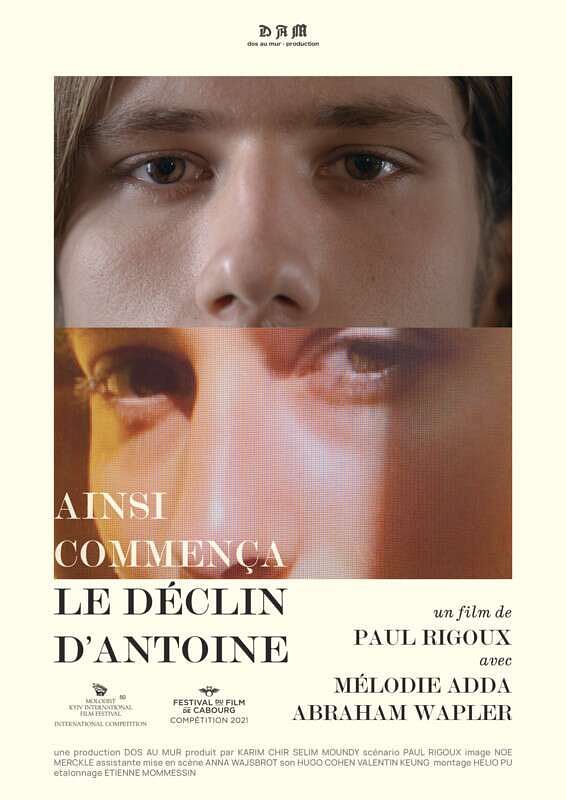